Why Taking Breaks Is A Good Thing

When you’re trying so hard to get something done, you could feel guilty if you stop for too long too often. Taking time is a necessary component of getting work done, so you shouldn’t beat yourself up about it. This is true for a number of reasons, some of which are paradoxical.

Taking a break is beneficial to productivity

Somewhat counterintuitively, taking more breaks really improves productivity. Tiredness and distraction make it harder to focus and get things done fast. Of course, this doesn’t imply you should take a break every single minute of the day, but it is recommended by most professionals that you take a break after every hour of work.

Taking a break is a great stress reliever

Do you have any experience working under pressure? If so, you know how challenging it is to concentrate when you’re worried about anything. Taking a break from your job might help you relax even if the task itself isn’t stressful. Taking a pause to de-stress is especially crucial if you’re feeling overwhelmed by the tasks you need to get done. It’s possible that you’ll be able to solve the issue without putting in a lot of effort once you’ve taken a break and returned to the project with less pressure on your shoulders.

No matter what you do for a living, you’re probably required to use your imagination. It’s difficult to think of different ways to approach a problem while you’re in the middle of completing a certain part of the task. However, after taking a little pause to stretch your legs, chat with coworkers, or munch on some snacks, you should feel a renewed surge of inspiration. Stress reduction can aid creativity in finding a solution to an issue. This fact suggests that when you return to work after a break, you’ll be considerably more productive and equipped to finish the assignment.

In general, it’s necessary to take breaks in pretty much every part of your life. This is so because taking a break may do wonders for your productivity, mental health, and inspiration. That’s why it’s important to stop working and recharge every so often. Instead of staring at a problem when you meet one, consider giving yourself a break.

The Pomodoro technique may sound familiar if you’ve been searching for ways to improve your productivity online. In the ranks of time-saving methods, this technique ranks up there.  Have you ever taken the time to think about just what it is or where it got its start?

Exactly what is the Pomodoro Technique?

Using a basic kitchen timer, the Pomodoro technique is a time-tested method for maximizing productivity. Use a kitchen timer (the tomato-shaped timer from which this technique takes its name) and set it for 25 minutes. This is the time period in which you devote yourself entirely to whatever it is you’re attempting to finish. When the alarm goes off, you have five minutes to relax and regroup.

Following the period of the break, the timer is reset and work resumes. You should rest for 15 to 30 minutes after every four sets (or Pomodoros). This process is repeated until you have achieved your goal.

Who developed this method, anyway?

Francesco Cirillo, a student at the University of the Netherlands, came up with this method because he struggled to find an efficient method of studying. He realized he had to bargain with himself to study for even 10 more minutes. “I’ll give it 10 more minutes of studying and then I’ll reward myself with a short break.”

After some time, he realized that this “bargaining” actually worked. He purchased a kitchen timer and began keeping track of how long his study sessions lasted, ultimately settling on 25 minutes.

Working in short sprints is effective, but you can achieve the same results without resorting to the Pomodoro Technique.

The Pomodoro Technique suggests working in 25-minute intervals, but you may discover that this is too long or too short for your needs.

If you want to get work done in short sprints, you don’t have to resort to the Pomodoro technique. Both your work periods and their accompanying breaks are flexible, depending on your preferences. One of the great things about the Pomodoro technique is that it can be modified to suit anyone’s specific needs.

You will profit from using a timing system, whether you use the Pomodoro approach or come up with your own. Get a timer and break up your next project into manageable chunks. 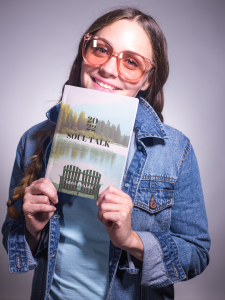